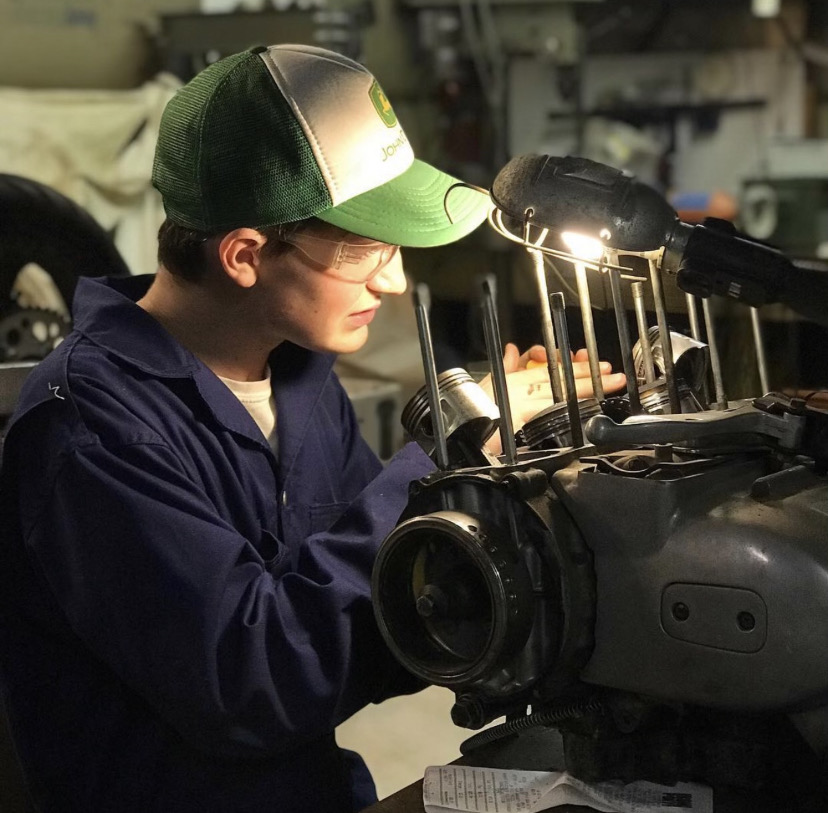 Drew Steensland working in his shop

Drew Steensland, a senior at Mansfield Christian, was awarded $2,500 back in his 7th grade year for his business, MotoRecycling. Drew started his business by buying old motorcycles and selling off the working parts on eBay. After he began growing his business, Drew attended the Young Entrepreneurs Academy where his business idea was accepted and was one of three people to be granted the $2,500 award. Drew used this money to buy his first inventory of old bikes, storage shelves, his business license, a website, a motorcycle lift, and marketing materials. Drew’s long term goal was to buy a Vapor Blaster by 2018 to clean old parts, and to have his own building for his business by 2020.

Drew was able to reach his business goals early, purchasing a Vapor Blaster and getting his own building by 2018. Along with exceeding his business expectations, he was able to become one of the youngest licensed dealers in the nation, obtaining it at the age of 16 years old. Drew started off MotoRecycling making roughly $90 dollars a month, but has grown his profit exponentially over the last few years with a lot of help from his dad. Drew said, “Without my dad teaching me I would not have the mechanical ability needed to run my business.”

He has been able to steadily improve his business by attending auctions either online or in person daily and by purchasing bikes and ATV’s. He’s also constantly shipping out new orders, adding additional inventory, and dismantling bikes whenever he gets the chance to. Drew’s goals for the upcoming years are to add additional dealer licenses to his business portfolio and to start multiple divisions to MotoRecycling. He plans on creating automotive, agriculture, industrial, construction, aerospace, and marine recycling yards. Drew plans on going to college after he graduates, but will continue to put in a lot of work to his business.

The INFernO • Copyright 2021 • FLEX WordPress Theme by SNO • Log in