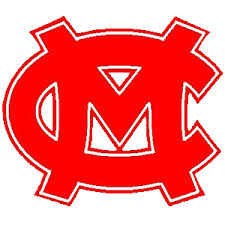 Mrs. Stigall is one of a kind when it comes to people. The energy she radiates brightens everyone’s day that she comes in contact with. Mrs. Stigall is a bright light in my dark life. She is a big reason why I have had any success at school, and even just getting to school. She goes above and beyond for her job, and does more than what is asked of her. She is the epitome of good work. She cares so much about the children and is always doing her best to make sure that every child is comfortable and enjoying school. Mrs. Stigall is a secretary at Mansfield Christian School. She has been the secretary at Mansfield Christian School for 7 years.

“I grew up in a suburb of Cleveland, and it was pretty large. So there were three highschools where I grew up.” Mrs. Stigall had a good childhood while being raised in a large suburban area of Cleveland Ohio. The highschool she attended was Parma Senior high. After Graduating she attended Cleveland State University, and then after her first year she transferred down to Ohio University in Athens. She ended with a degree in Biology.

“I had planned to uh study and do research on Lake Eerie.” Mrs. Stigall in her last year of college went up to an island just off of Put In Bay called Stone Lab. The Island was owned by Ohio State University and she completed her last four classes there to finish her degree. This experience built on her motivation to do research on Lake Eerie. Her future, however, changed when she had met her husband at Ohio University. They got married and moved to Mansfield.

After Moving to Mansfield she took a job as a receptionist. At this job she learned bookkeeping and payroll. She then went on to start her own bookkeeping and payroll business out of her house.”I did that while my kids were really small, and then once they got older I went back into the workforce.” Mrs. Stigall then went on to manage an accounting department for a temp agency. Mrs. Stigall after leaving that job decided to do some part time work for a videographer.

“By that time I had three kids and that was a lot to work full time.” Mrs. Stigall would use her time volunteering as a nurse at Mansfield Christian School. The previous secretary was moving jobs and told Mrs. Stigall, she should apply for the job she was leaving. Mrs. Stigall believes that her childhood set her up for being successful in her career by putting her in the motherhood mindset early. “Part of being the highschool secretary is being a mom, to a lot of kids, you know? Just making sure that, it’s not just writing passes and answering phones and answering the door, it’s about like the students, and what they need”

In my interview with Mrs. Stigall my eyes were opened to the realization that the teachers really care about us and really just want the best for us. I also was shocked to here how much education she had, and how much more there was to Mrs. Stigall’s job then everyone saw. It was nice to hear that Mrs.Stigall was content with what her life had come to, even though the path she might have wanted to pursue was very different then the one God had provided. “So my career didn’t exactly turn out how I thought it would, but.. I’m happy where I am.”