Is The Force With The Mandalorian 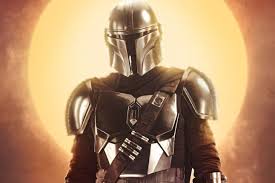 The new Star Wars show The Mandalorian is a welcome addition to the Star Wars Franchise.   After a series of movies with mixed receptions, The Mandalorian seems to be universally loved. One of the main reasons for this is the simple story it tells. The Mandalorian at heart is a western. The story is short, simple, and good.

First things first, what is a Mandalorian. A Mandalorian is a group of warriors who wear unique armor made from Mandalorian steel. The two Mandalorians we have seen in the movies are Jango Fett and Boba Fett. As part of their creed they never take off their helmets in front of people or they are kicked out of the order. They live in the shadows and do bounty hunting and mercenary work.

The Mandalorian follows a faceless member on his quest to defend Baby Yoda from harm. When the series starts off he is a cold bounty hunter who shoots first and asks questions later. After taking a bounty from an imperial remnant he is tasked with finding a person and bringing him back alive. When he finds this person it is revealed to be Baby Yoda.  He feels sympathy for this creature and takes it upon himself to protect him.

One of my favorite things about The Mandalorian is that it is detached from the rest of the Star Wars franchise. It tells its own story instead of trying to retell the same story about The Rebellion and The Empire. Every episode has its own focus, like training a village to defend itself, or The Mandalorian meeting up with his old crew for one last job. The episodes really remind me of old western tv shows like Gunsmoke. So if you are a fan of those kinds of shows you’ll enjoy The Mandolorian.

I’ve given the Mandolorian a lot of praise but it’s not without its flaws. The biggest one is that some of the episodes kind of feel like filler. This is common with streaming apps. They need to meet episode quota. Besides that, I really enjoyed the show I was never bored during it. So if you are a fan of Star Wars or just want a new show to watch I highly recommend The Mandalorian.